Thoughts on the 2015 Mid-Season Premiere of the Walking Dead

I told my girlfriend that The Walking Dead is back on Sunday. She muttered, yeah.

This is not the kind of show we get amped for, like The Americans, The Fall, Justified, The Killing, or our resident TV candy, Nashville. I would love to see Gay of Thrones do The Walking Dead recaps. I think he’d have some helpful tips for hair and makeup in the apocalypse.

Summary: I am not entertained. This might be my last The Walking Dead episode.

SIGH. I’ve been a fan of Tyreese for the long haul, primarily because I am a fan of the actor Chad Coleman, who played Cutty in The Wire, one of my — and many TV junkies’ — favorite shows. That said, I am disappointed not so much in his death, but in the way it was handled. My primary beef with TWD is that I rarely feel deeply for the characters. Part of this is due to the number of characters on the show, which prevents a true deep dive into the psyche of more than a handful of main characters, such as Rick (who irritates the shit out of me on the regular). The Walking Dead has a habit of discarding characters just to bring on new characters and new plot lines. The new characters always die. The old characters struggle with repeatable conflicts. Nothing new. No stakes. And the sluggish pacing makes me want to hit walls.

So. I don’t know. I will likely bid adieu to TWD for a while. I quit seasons two and three, but came back when I learned that Lori died. Time will tell. 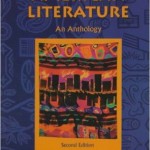 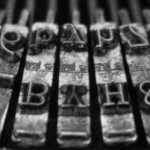 I Am Not a Success Story: New Post on Rejection at Dead Darlings
X