Beyond the Closet: Writing Gay Characters (An Update)

For my monthly Dead Darlings post, I had planned to write about the things I’m happy I did before my book deal was announced. But then 49 members and allies of the LGBTQ community — mostly young, mostly latinx — were murdered and 53 wounded at the Pulse Nightclub in Orlando, a nightclub that was founded by a woman whose brother died of AIDS.

My most popular post on Dead Darlings is “Beyond the Closet: Writing Gay Characters.” I often wonder what it is that brought folks to that post. I can only assume that the primary audience is straight writers who are hoping to add a gay character to their narratives vs. gay writers who are curious about what I said.

I also write the weekly Friday Feast posts, where I round up some literary links for easy consumption. Last week’s was focused on Pride and LGBTQ books. The LGBTQ links were by and large ignored by the readers of the post.

I also had terrorists in my neighborhood for years. Continue reading at Dead Darlings →

Image credit: “Rainbow at Half Mast” 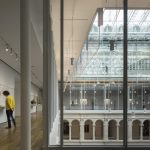 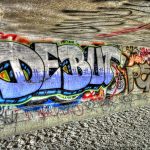