Talk to Me: Exercises to Liven Up Characters

Sometimes, to get at the heart of my characters, I have to do a lot of writing that never ends up in the manuscript. This type of writing often dissuades writers because it’s work that doesn’t seem to go anywhere or increase the word count. But it’s worth taking the time and effort to go “off-script” so your characters feel like living beings instead of a creation compiled of character sketches and previous novel drafts. 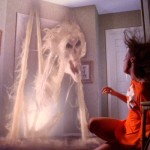 Project Management Phrases I Bark at My Writing Mentee

Novels (sort of) in Progress, Flash Fiction, and Fun 80s Sideshows at the State Fair
X