Project Management Phrases I Bark at My Writing Mentee

Most people in my writing circle know that I am a former project manager. “Former” because when you’re a project manager most coworkers think that you are evil, sent from Hell to destroy their workday happiness with demands for goals and deadlines and high-quality products that don’t enrage customers and Call Center Managers and lead to an endless backlog of bug fixes and feature requests.

Last year, I happily cast off my Project Manager job and let my PMP certification expire in favor of a kinder, gentler occupation. Still, my project management ways come back like a curse. Case in point: I offered to project manage my friend and Novel Incubator/writing mentee, who is also named Kelly.*

The word ‘mentee’ makes me think of manatees, which are lovable creatures. Like many writers, they are also slow-moving creatures. Maybe this is why I offered to help her out with completing her next big revision. More likely, we were drunk on Prosecco and cupcakes at the time I made the offer and she accepted.

I think possibly she regrets agreeing because once we got sober, I embraced my role fully and began to speak in Project Management tongues like a woman possessed of forgotten job role power. 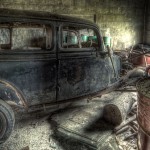 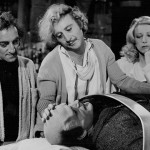 Talk to Me: Exercises to Liven Up Characters
X