Cottonmouths Review and Interview in The Museum of Americana

Delighted to see this review of Cottonmouths from The Museum of Americana!  From their website, “the museum of americana is an online literary review dedicated to fiction, poetry, nonfiction, photography, and artwork that revives or repurposes the old, the dying, the forgotten, or the almost entirely unknown aspects of Americana. It is published purely out of fascination with the big, weird, wildly contradictory collage that is our nation’s cultural history.” What’s not to love?

“The aptly named Drear’s Bluff could be transposed to just about any Smalltown, USA, in the sense of its small-mindedness and its resistance to change… Ford’s novel features a lesbian protagonist, yet her sexuality is only one facet of her strongly drawn character. Emily suffers from unrequited love, from betrayal, and from a longing for meaning and acceptance. Her struggles, as well as those of her family and community, are universal struggles set in a brutal reality where choices are scarce. Read this debut novel for its ability to go beneath the surface, striking impressive depths of character and setting.”

Their interview questions were also SUPER FUN. They asked me about the soundtrack for my book, which, if you know me, is one of my favorite topics. I culled from a list of songs I’ve used over the years to get me in the mood for writing. Most require singing from my lower register, which I’ve been told sounds super creepy. #proud 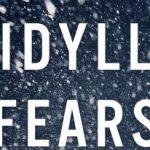 I interviewed Stephanie Gayle, Author of Idyll Fears
Cottonmouths named a Best Book of the Year by The Los Angeles Review
X