I didn’t want to write anything this week, including my Sunday status. But I had a blog post on the schedule, so I wrote about a favorite cousin who passed away recently. I write a lot of male characters, and most of them have a hint of him in them. I’ll miss the sweet kid that I knew back then.

This past week was one of those times when communicating anything to do with my writing felt selfish and small. With bombs going off and refugees fleeing and people on social media acting frustratingly unkind, my fingers froze at sharing a Facebook post about “Grrrrr, misplaced commas!” or tweeting about how cranky I felt at the conclusion of the writing retreat I had just returned from because all I had done was move sentences around the page but had accomplished nothing with my revision.

Then, the day after the writing retreat, my dad called to tell me of the death of a cousin. Every rung on my childhood ladder included my cousin. Our lives were entwined because our fathers were not only brothers, but best friends. Our mothers were best friends. And my brother was my cousin’s best friend. I was the pesky younger sister and cousin, the third wheel who hung around and followed behind when they wanted to run amuck — without me tagging along — in the varied apartment complexes and woods that we inhabited back then. Hormones and high school and other events followed, leaving us all a bit scattered in the wind. One by one, we fell out of touch, only hearing of each other’s life statuses through the Telephone game. 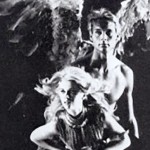 Quick and Dirty Update from the Writing Retreat 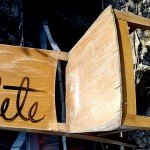